So you want to Learn to program and build projects with Arduino. Me too, and I want to help you learn from my experience, as I too am a beginner.

I could do the boring, pointless Arduino version of Hello Wold, Blink!, tutorial that most people start with, but it doesn’t involve enough as far as I am concerned ( it’s all already done for you), but go ahead if you feel its worth it. For me, I want to be able to interact with it.

So for my first Arduino project I want to press a button to turn on an LED. This involves 2 Arduino Fundamentals, reading input (the button), processing it in our program (an Arduino sketch) and output a result ( turning on or off an L.E.D.).

so without boring you, lets Jump straight in…

First I Followed the Tutorial in Arduino Project Handbook by setting up my circuit as in the image below: 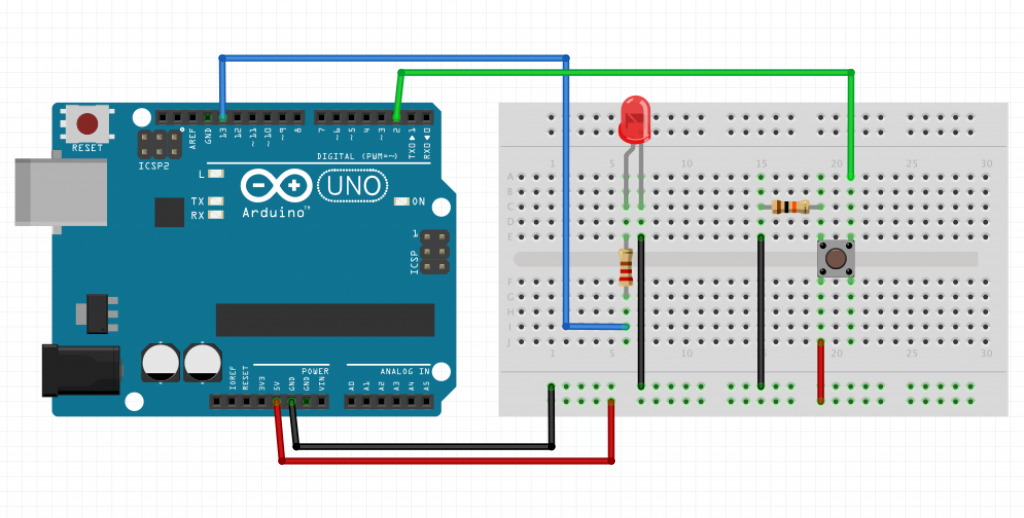 I then started up the Adruino IDE, available here.

Inside the sketch I added the following code:

If you need more information about what the code is doing, have a look at the Reference page, but it should be mostly obvious, I hope.

Then select the Arduino Port: 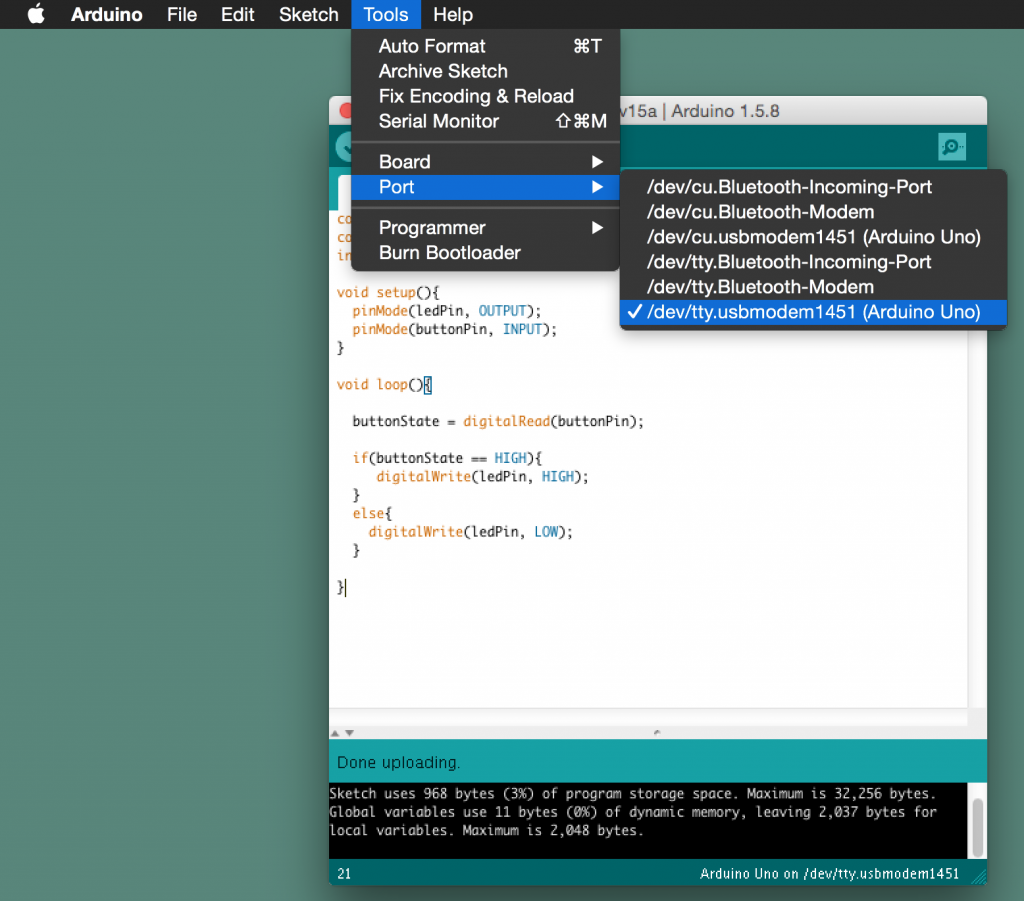 Frustrated yet? I was. So what to do when the instructions don’t work? Well for me usually I turn to stackoverflow for programming problems. So I had a look on the stackexchange which is the parent website of stack overflow and found an electronics subsection.

So I posted my issue, along with the steps I took myself to try and solve the problem (N.B.: if you go to any stack exchange and don’t show you made an effort, often you will be dismissed with comments like “have you even tried Googling it yourself”, So make the effort)

So here was my Question to the community

What I learned was that the reason the L.E.D was lighting when my hand was close to the circuit was due to ambient electromagnetic interference . As ‘Shubham’ explained to me

It’s because your button pin is floating (susceptible to ambient electromagnetic interference).

All the second resistor is doing is draining a little current from power to ground, when it should actually be functioning as the pull-down resistor for the button pin.To fix this issue I made the following change to the circuit:

And now the Circuit behaves as expected.

And there you go…a functional Arduino beginners project. I know some of you might be thinking “is it not a bit complex for simply turning on an L.E.D”. For that purpose yes, it is but imagine adding a few buttons, a few motors and a bit of work to the program, and it could turn into a basic remote controlled car. Or swap out the button for a light sensor and you could have an automated light that comes on when it gets dark. The possibilities are endless. But don’t worry, like you I’m a new to this too , so we can work on it together…